I'd like to welcome Lynda Kaye Frazier to my blog today.  Let's find out more about her and her book  "Rescued from the Dark."

1-How long have you been writing?

I started writing in October 0f 2010. I wrote my first novel in two months and was so excited that I sent it out to friends and critique partners to find out that I had no idea how to write.
I was told I had a great plot and some great characters but the mechanics of my story was wrong. I took some tough advice and took workshops and online courses on POV, grammar and punctuation. After my classes were complete I went back and completely re-worked my novel.  I went from 156000 down to 84000 words during this process, but my story ended up being stronger because of it.
I have since written, and published a short story in the Anthology, Wild At Heart I, Turpentine Creek. This is an Anthology of animal rescue stories were all the benefits go towards funding animal habitats at the refuge in Eureka Springs Arkansas.
Once I figured out the process of writing I knew this is what I wanted to do in my spare time. What a great hobby to take up when your children grow up and move out.

My favorite genre is Romantic Suspense, that’s why I decided to write Rescued from the Dark. It’s the first book in my Guardian’s of Hope series.  Guardian’s of Hope is a group made up of Navy Seals, Special ops, and FBI agents who are sanctioned by the government to do rescues that are deemed impossible. There are going to be eight books in this series but each one can be read as a stand alone.

I am finishing up the second book in the series. It’s called Last Chance to Run. I am hoping to have it to the publisher by May and out by the end of this year.
I am also working in a contemporary story called Saving JT.
Its about a single Mother‘s fight to save her three year old who is losing his battle with leukemia.

I start out with characters and once I have them they seem to tell their own story. I just sit behind my computer and do the typing. Many times I work for them. Great job, just doesn’t pay well.  : )

Rescued from the Dark is a story about an FBI agent, Jason Michaels who goes undercover with the Irish Mob to get information on their gun smuggling ring. While on assignment he realizes they have joined forces with a known terrorist group manufacturing drugs. He searches for information to tie the two together when he finds out they have kidnapped a fellow agent and the only girl he has ever loved. Jason soon realizes their using Mercy to perfect their dosage and that his cover has been blown. He knows he has to save her so takes off a  journey that will take him up against his enemies, peers and the Agency that he loves, but willing to give up to bring Mercy back to him.

My inspiration was a dream. I know it’s a cliché, but I had the most vivid dream about a girl on the beach struggling with a decision. It was so involved that when I woke up I wrote it down. I continued to have dreams with the same characters and after awhile I had a notebook of small stories. I decided, after prodding from friends, to put them together into a story. That’s how Rescued from the Dark started.  When I have a hard time with a scene I put it off and sleep on it. My characters tend to work out their scenes in my sleep. I always wake up with my problem solved, but a little weary from all the action in my dreams. 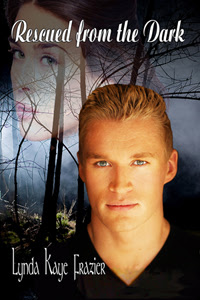 This is a story about an FBI agent, Jason Michaels who goes undercover with the Irish Mob to get information on their gun smuggling ring. While on assignment he realizes they have joined forces with a known terrorist group manufacturing drugs. He searches for information to tie the two together when he finds out they have kidnapped a fellow agent and the only girl he has ever loved. Jason soon realizes their using Mercy to perfect their dosage and that his cover has been blown. He knows he has to save her so takes off a  journey that will take him up against his enemies, peers and the Agency that he loves, but willing to give up to bring Mercy back to him.

Blurb:
She has no memory of their love...

Kidnapped by terrorists and sent into a drug-induced coma, FBI intern Mercedes Kingsley awakes with no memory of her ordeal—or the intimate interlude that left her pregnant. Convinced her child was fathered by her ex-fiancé, she walks away from the only man she has ever loved, determined to make things work with her ex, a man the FBI suspects is implicated in her abduction.

He knows the truth, but no one will listen...

FBI undercover agent Jason Michaels remembers what Mercy can’t and those memories are breaking his heart. Forced to keep his distance from his lover and their unborn child, Jason risks his life to protect Mercy from a cell of international terrorists who have vowed to get the secrets locked in her memory, no matter the cost. Can Jason convince Mercy to trust him until she remembers their past, or will he lose her to a man who will trap her in a nightmare world of darkness from which there is no escape?

n explosion ricocheted behind Jason Michael’s eyes as the pressure mounted in his head. The rush of panic consumed him. He struggled to move, tried to swallow, but nothing. His throat burned as the flames engulfed his lungs. He needed to breathe but couldn’t. Shit. He strained to make out the muffled voice, but the pounding in his ears erased all hope. His head started to spin and he succumbed to the realization, this was it, the end. He won. The flames dampened and his heartbeat slowed as the drums subsided, then the voice became clear.
“Give it to him now you son of a bitch. What were you thinking? We still need him.”
In a split second, Jason sucked in a breath, causing stabbing pains to shoot through his chest. Every muscle fiber burned as the cold blast of air shot through his lungs releasing the oxygen his body craved. He arched his back, raising his chest up to pull in more air when his head snapped to the side and the crack from his neck echoed in his ears. The pain ripped through his jaw, racing across his cheekbone. Before he could gather his senses, intense burning set his face on fire. What the hell?
The slap against his cheek stung, and his eyes snapped open. He wrenched upright, hitting his head on the roof of the SUV. His gaze darted back and forth looking for something familiar until he locked onto the ice-cold stare of the devil himself, Shaun Flanagan.
Damn, that was close. Jason could not blow his cover, even if it meant he would die as David Logan and not Jason Michaels.
“You’re finally awake, my boy. We almost lost you,” Shaun cold, emotionless laugh caused Jason’s blood to boil. “You stopped breathing, I think. It’s hard to tell with this new stuff. I hope you’re not too injured. We’ve got work to do.”
Jason’s vision blurred, but his other senses were sharp. Shaun had known exactly what the drug would do and the burn in Jason’s throat was a harsh reminder. Shaun’s sarcastic tone spoke volumes to him. He was evil and did not play by anyone’s rules but his own. Jason had spent the last two months undercover, playing their games and doing their dirty work to buddy up tight to this family. He’d earned his spot with Thomas Flanagan, but his son Shaun had issues trusting anyone, even his own father.
Jason’s anger burned inside of him, but he couldn’t afford to make mistakes, not now. He was too close. It’s time to step it up, but first the drugs had to stop. He rubbed his aching jaw with one hand, clenching his other into a fist to hide his visible shaking. He had to get control of this game before he lost everything. 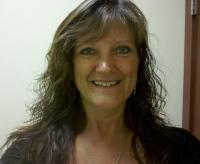 My Bio:
Well I’m an avid reader of romantic suspense and started writing about a year ago after a vivid dream. I know, sounds cliché, but that’s how it started.  I work full time at a Cardiology clinic, then at night you will find me in front of my computer writing. I grew up in Pennsylvania, but now live in Arkansas, surrounded by the Ozark Mountains where I get to enjoy the four seasons without a long, cold winter. Other than spending time with my wonderful family, my favorite things to do are writing, reading and listening to music, but my most favorite is going to the beach. Surf, sand and a good book, my stress relief.
http://lyndafrazier.blogspot.com
www.lyndakayefrazier.com
Facebook- http://www.facebook.com/pages/Lynda-Kaye-Frazier/189048967838229
Twitter- lynda_kaye
Amazon Author page:http://www.amazon.com/-/e/B009L7TK04