Let's welcome author Starla Kaye.  Let's find out more about her and her book "Acceptance."

How long have you been writing?
·       I have been writing some kind of fiction since I was a teenager. I turned to writing strictly some sub-genre of romance and getting published fifteen years ago.

What is your favorite genre to write?
·       Romance is the only genre I write, but I dabble all over the place in sub-genres. Most of my books have to do with cowboys, whether contemporary or historical. But I also write Regency, Medieval, pirate, sci-fi, paranormal, and general contemporary.

What are you working on now?
·       I always work on multiple projects at the same time, because I write for three publishers. Currently I am working on For Ruby’s Love, which will be a sequel to The CEO and the Cowboy from Decadent Publishing. Calhoun and Daniel return, with much more insight into their relationship, and Ruby is added to the mix. I’m also working on Cowboy Dreamin’ for Decadent Publishing’s 1 Night Stand Series. This is also a ménage story. And I’m working on Cowboy of Her Heart for Decadent Publishing’s Challenge Series.
·       In addition, I am writing Abigail’s Earl for Blushing Books. This is a Regency story and the second book in the Claymore Series. His Lady Ashlynn was the first book and was released May 1, 2013.
·       And I’m working on Riding for a Fall for Black Velvet Seductions. This will be the third book in the Grayson Brothers Series.

When you begin a story do you start with character or plot?
·       Actually I begin with the title. My titles define the story. Next I come up with the characters. 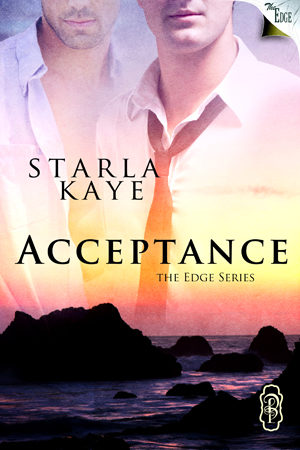 BLURB
Being the CEO of a major architectural company in California has taken over far too much of Chase’s life, leaving no time for romance. But when a handsome Spaniard offers drinks and conversation, talking leads to one spectacular night and an awareness of what he really wants. But once Rico returns home to Spain, Chase will be alone, again.
Rico lives on his family’s strict schedules with no time for contemplating what is missing in his life. He doesn’t expect to meet someone special on this business trip. But he is drawn to the big, striking blond American. Giving Chase someone to talk to, takes Rico’s mind off his problems. And a mutual attraction gives them both a chance to forget everything else and let their passionate natures run free.
Chase has a company to run and Rico must return home to Spain, a truth they must both accept, but will acceptance be enough when it comes to waking up alone?

Rico yawned, exhaustion catching up with him as well as having sat for too long. “Sorry. It’s been a long day.”
“I apologize for keeping you out so late.” Chase headed for the doorway. “Hopefully you can get some rest before your plane leaves tomorrow.”
Rest wasn’t what appealed to Rico at the moment. His gaze had followed Chase’s taut ass as he walked ahead of him. He’d been thinking all night about what the handsome blond would look like naked. The man had a well-toned body and a confident way of carrying himself that had captured his interest upon meeting.  When they’d shaken hands, something had passed between them. A slight tingling sensation, but more than that. He’d been almost certain Chase had felt the connection as well. It had been a long time since Rico had felt such a powerful attraction and an aching need to take someone.
“Are you all right?” Chase asked, turning to stop and wait for him to catch up.
Pulled from his wandering thoughts, Rico said, “Si. I just have something on my mind.” He drew in a settling breath and forced a smile. “Someone, actually.”
“Someone?” Chase asked, raising one eyebrow.
Interest was there in the man’s expression, in the heat that flashed in the blue eyes. Rico took a chance. “You.”

BIO
Starla Kaye wears many hats professionally and as a writer. She is the community coordinator for a Midwestern accounting firm, a gerontologist by degree who volunteers with an active group of senior adults and a multi-published author on-line in e-book and Print-On-Demand book form. She dabbles in writing romances of many sub-genres: contemporary, historical Western, medieval, sci-fi, fantasy, paranormal, and Regency. To date she has published 20 novels, 35 novellas and 7 anthologies. You can learn more about her work at http://starlakaye.com