I'd like to welcome author JC Wallace to my blog today.

Hi all! I’m excited to share with you the release of my short story, Shredding the Heart, part of Foolish Encounters, an April Fool’s Anthology from Wilde City Press.
To celebrate, I bring you some of the most famous April Fool’s Day hoaxes in history. After that check out an excerpt from Shredding the Heart where skateboarder Nicholas O’Brien’s attempt to get the attention of the hottie Quinn Matthews doesn’t go so well.
Oh, and, don’t forget to enter the giveaway for an eBook copy of my latest novel, Diventando: The Vessel! Enjoy!

April Fool’s Day…the favorite holiday of class clowns, pranksters and children everywhere. While millions of people will be instigating their own pranks, history has shown that a hoax can be wide spread and highly believable. Here are five famous hoaxes!

* The BBC has staged some of the most outrageous hoaxes. In 1957, many viewers were fooled by a report that Swiss farmers were experiencing a bumper crop of spaghetti. Footage showed people harvesting spaghetti noodles from trees. Luckily, they had recently eliminated the bothersome “spaghetti weevil” to increase their production. I know I hate those spaghetti weevils.

* What happens when a fast food chain announces it has purchased a national treasure? People believe it? Many people did just that in 1996, when Taco Bell reported the chain had agreed to buy the Liberty Bell and renamed the cracked symbol of freedom, the Taco Liberty Bell. Wonder if that comes with hot sauce?

* Another fast food chain, Burger King, advertised the sale of the “Left Handed Whopper” (because you know they’re made for righties, right?  lol). The print advertisement brought clueless customers in to the restaurant to request the fake sandwich. A definite disappointment to southpaws everywhere when the hoax was uncovered.

* In 1962, black and white TVs were the norm while color TVs were just becoming available. Want to change that B&W TV to color? Easily done claimed Sweden's Sveriges Television on April 1, 1962. A "technical expert" offered the key to that conversion. Just drape a nylon stocking over the screen to take advantage of the “prismatic qualities” of the nylon mesh and you get a color picture. To increase the effect, move your head back and forth (the faster the better). Must have been some pissed off wives/mothers when they found their nylons had been sacrificed to the color TV gods.

* Lastly, a futuristic hoax straight from Google itself. MentalPlex Technology was announced in 2000. Why take the time to type in that itty bitty search box when Mentalplex will read your mind and search for what you desire? Instructions for use: remove your hat and glasses…peer into the magical MentalPlex circle – remember not to move your head!!!...using the power of your mind, project what you desire to search for, visualize clicking on the circle and voile!.........Snort! 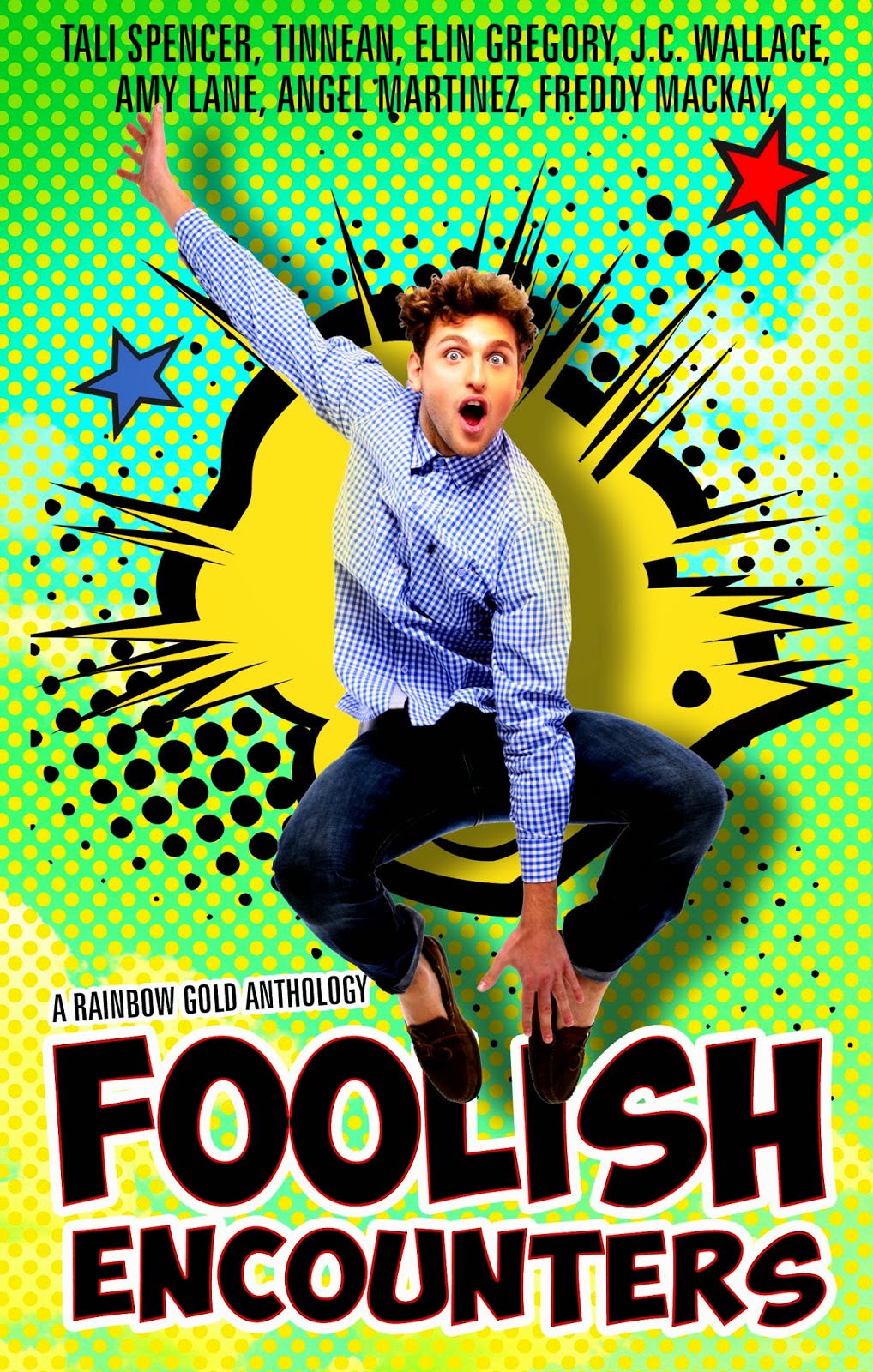 Blurb
Skateboarder Nicholas O'Brien’s sole focus is on perfecting his sport, yet a gorgeous jogger who continually ignores him tests that concentration daily. Boarding into the jogger's path finally gets him Quinn Matthews’ attention along with the brush off. Quinn is adamant that no man will ever take advantage of him again. When Nicholas persists, Quinn finds he can’t resist the enigmatic boarder. Just as he falls for Nicholas, Quinn learns that Nicholas just may have had an agenda all along. Devastated, Quinn pulls away, leaving Nicholas alone and confused. Can they overcome their pain and shred the heart?

Excerpt
Nicholas’s gaze was jerky as he gazed out over the water. Quinn wondered if he was nervous. He took in Nicholas’s profile—the milky white skin, the barely noticeable freckles on his cheeks, the full red lips. He imagined their softness against his own lips, taking possession of him, owning him. But he needed to be strong. Never weak or needy or wanton. Never vulnerable again.

Nicholas looked to Quinn and the lusty gaze stole Quinn’s breath. There was a question in Nicholas’s eyes as he leaned closer, no doubt wondering if…

When their lips touched, Quinn couldn’t suppress his gasp. As if sensing Quinn’s hesitancy, Nicholas hovered, head tilted to the side, their lips brushing, but he ceased any other movement. Was he seeking permission to kiss him? A cold shudder raced down Quinn’s spine with the thoughts of hot tongues tangling in wet mouths. A sign was all Nicholas probably needed to go for it. Quinn closed his eyes and licked lightly across Nicholas’s bottom lip. The groaned response from Nicholas and the resulting crush of lips fueled his desire, raced his heart, and guided his hands to Nicholas’s hips, clutching, holding, wanting.

Nicholas grasped Quinn at the nape of his neck, controlling the kiss, eating at his lips, and devouring his whimpers. Nicholas pushed him higher, and Quinn’s cock throbbed in his dress pants, begging for any friction, any touch. Anything… everything. At that moment, his body belonged to Nicholas O’Brien, and he wanted whatever the man desired, wanted so much more than he could ever hope to have, could risk having again.

Enter to win one of 2 eBook copies of my latest novel,
Diventando: The Vessel!!

Author Bio
JC "Jake" Wallace started writing from a young age, but took a break for marriage, kids, and college (in that order). A few years ago, he rediscovered his passion and ventured out into the brave new world of publishing. He now has several novels and short stories published. At night and on the weekends, Jake writes about all things men, believing there is nothing hotter than two men finding and loving one another, whether for a night or forever. An avid reader of M/M romance, Jake loves a good twist of a plot, HEA, HFN, or tragic ending. He also writes what his bestie calls HUNK (Happy Until the Next Kidnapping). In his daytime hours, Jake works with individuals with autism and behavior problems. He is owned by a beautiful partner, three kids, two grandchildren, two dogs and one cat. He lives in the Adirondack Mountains in Northern NY.