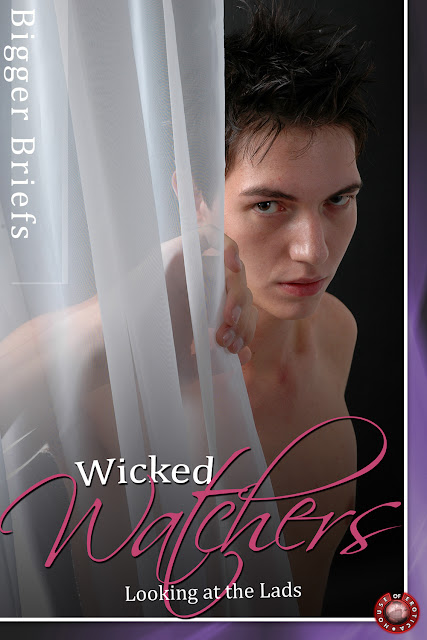 Here is my Six Sentences for this week.   From my "Pool Boy"  story that can be found in the Wicked Watchers Anthology book

Granted he’d only got a brief glimpse of him just now, and Harry did mean brief, as in the tight, blue swim trunks he was wearing and nothing else.  He went back to skimming the pool, angling the long pole so he could get all the leaves off the bottom.

“It’s Harry, Mr. Gilchrist.”  He put the pole down on the pool deck and took the proffered water. His fingers brushed against the actor’s, and he felt his skin tingle and his cock twitch.

Unfortunately I was unable to do a Wednesday Briefs.   Maybe I will be able to next week.

But here are this week's participating authors 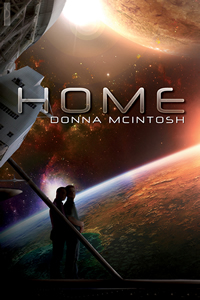 I am very honored to have on my blog today Donna McIntosh    She is discussing her latest book "Home."  Which now available from Silver Publishing

HOME
by Donna McIntosh
Blurb:
LAPD Detective Sean Riker had one person that he'd always tried to arrest and bring to justice – Mitchell Yates. Yates had been in and out of trouble for years, always skating around the edges of the underground world of LA but nothing had ever been pinned on him.
One night after work, Riker entered his parking garage and spotted Yates' car. Certain Yates's had to be up to no good Riker decided to take him in for questioning. He exited his car, headed toward Yates and found himself under fire by unknown assailants. The next thing he knew, he hit the ground with a hole in his shoulder. Someone tugged him to his feet and out of the line of fire--Mitchell Yates.
Yates got him into his own car and took off as bullets continued to rain in their direction. The exit ramps were blocked and escape from those shooting at them impossible so Yates transported the two of them to his HOME a fabricated satellite high above Earth. Riker discovered a world he thought existed only in science fiction. A place where his wound could be immediately healed and people pulled their weight because they wanted to.
Riker had to adjust his attitude and let Yates become his guide. The man showed Riker around the facility and explained The mission of the Keepers, a group seeking peace in the galaxy.
As understanding dawned on Riker, a slow friendship developed between the two of them. The relationship deepened despite on old boyfriend of Yates interference.


Drop by my site and see what other books I have to offer. All are M/M with HEA endings.
Website:  http://donnamcintosh.weebly.com/index.html
SURVIVAL - (SciFi)
TANNER - (Police)
THE CHRISTMAS GIFT - (Police/Magic)
THE BODYGUARD - (Police)
THE COP AND THE HOOKER - (Just a little smut)
JASON WILLOBY - (Internet Romance)
Posted by lily sawyer at Monday, April 23, 2012 No comments: 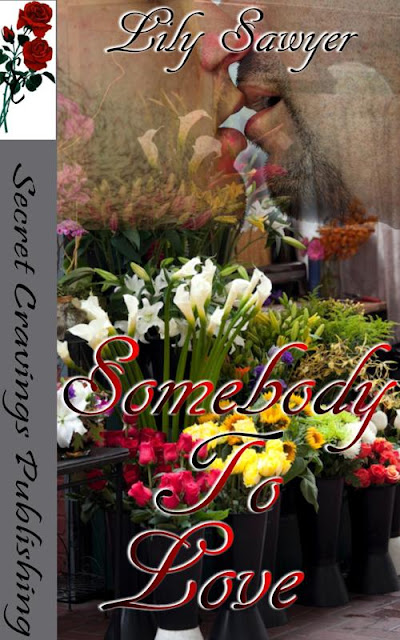 Today's Six Sentences come from my book "Somebody to Love."


Sam Warner is busy working in his flower shop creating beautiful arrangements to celebrate all the happy moments in his customer's lives. He only wished he had something joyful to celebrate.
He was in a relationship until the day he came home to an empty apartment and a 'Dear John' letter. Hurt and alone he decides he doesn't want to be in another relationship ever again. But fate has stepped in and he meets Matt Doyle, the bartender at a local bar.
Can Sam give love a second chance?

Sam took Matt to the back of the store and opened the refrigerator. The florist picked up a beautiful bouquet of flowers and showed it to Matt.  He touched one of the petals and made contact with Sam’s fingers that tightened around the stem of the plant.
“Beautiful,” Matt’s gaze turned from the flowers to focus on Sam’s face. “Very beautiful.”
Sam felt his heart fluttering.
Buy Link

In Honor of Earth Day 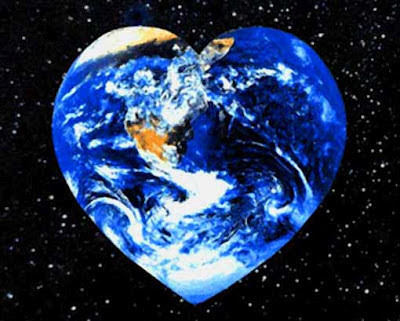 In Honor of Earth Day,  my townhouse community is having a clean up day.   We're going around and cleaning up the litter some careless residents left.

Maybe you all can find a way to make this planet a cleaner one too.

I know that it officially tomorrow but it is going to be raining here tomorrow.

I am very honored to have on my blog today AJ Jarrett.    She is discussing her latest book "Set me On Fire."  Which will be available on Sat April 21st from Silver Publishing 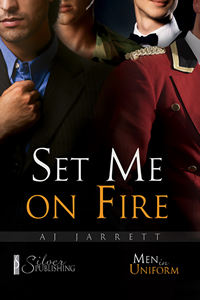 Blurb
Kelly Lynch wanted to become a firefighter to help people, but with his accident prone nature his boss, Nate Anderson, thinks he’s an utter fool. Kelly never planned to fall for Nate but now that he has, he realizes loving is easy; understanding and compromise are hard.
Nate has been attracted to Kelly since his first day at the station house. Watching the younger man day in and day out is frustrating. Kelly’s latest stunt almost got him killed and Nate fears losing the man of his dreams.
Will Nate’s demanding ways cause the embers of their love to die out? Or will Kelly prove he has what it takes to be with Nate, at work and in the bedroom? 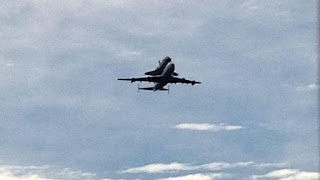 This is not my photo.  But I saw the space shuttle fly over head.  I had no idea it would pass over my area but it did.   I was SO excited.   I heard the jet engine, ran outside and spotted it flying over and then saw the tail of the jet.

SO exciting.
Posted by lily sawyer at Tuesday, April 17, 2012 No comments: 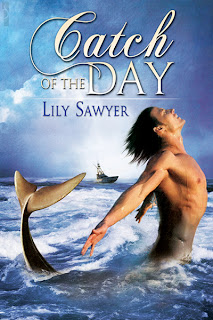 I just want to say I love all my books,  but my merman holds a special place in my heart.   I thought I'd do a post from this book.

Here is for all you coffee lovers out there.

Kellan was trying hard not to stare again. “Does this mean you don’t want coffee?”
“Coffee!” Jaran attempted to stand up, forgot about the tail and ended up soaking the floor. “Oops, sorry, I’ll clean that up, but yeah, I want coffee.” The tone in his voice was that of a man desperate for a cup of java.
To order please click here
Buy link
Posted by lily sawyer at Sunday, April 15, 2012 6 comments:

Then you get to a certain age,  Probably when you turn into a teenager and you forget about 1/2 birthdays.   Today is my half birthday,  of course the time for saying I'm something and a half years old has passed a long time ago.   Just that I woke up and thought about it today.  April 12 is exactly 6 months after my birthday (I'm a Columbus Day baby.  Oct 12th)

Just wondering if anyone else ever thinks of their half birthday.  Okay this is just a silly thing I decided to bring up.

I'm still working on my wip.  still hoping to finish it and get it off to be edited and hopefully published

have a great day
Posted by lily sawyer at Thursday, April 12, 2012 No comments: 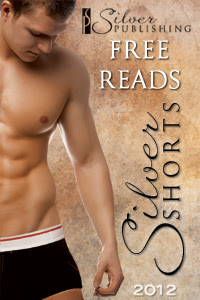 I wrote a Silver Shorts this week.    I hope you like it

Everyone plays the fool sometime....

...sitting home on a sofa on a saturday afternoon, and...

First I'd like to thank everyone who visited and entered my contest.

Congratulations!  Look for your book in your e mail.

Again thanks to everyone and I hope you all had a great holiday
Posted by lily sawyer at Monday, April 09, 2012 No comments:

To celebrate Easter we're having an Easter Blog Hop.   From April 6th to April 8th my fellow authors and are are going to help the Easter Bunny really make this a special Easter by giving away some prizes.

I'm giving away a copy of my book "Catch of the Day."    Yes mermen do celebrate the holidays too!

All you have to do is leave a comment on my blog with your name and e mail addy.  I'll be announcing the winner on Mon April 9th.

Happy Easter (and Happy Passover)  to one and all

Here is the link to the main Easter Blog site 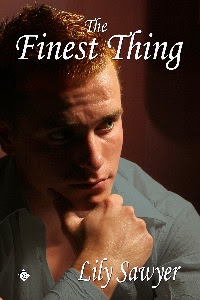 It's hard to believe it's been almost 3 years since I became a published author.   "The Finest Thing was my very first book.   I am very proud of it.  It's available from Dreamspinner Press
buy link

I thought I'd give you an excerpt.

My main character, Aidan,  returns to his hometown in Connecticut for his friend's wedding.  This is right after gay marriage was declared legal in the state.    There are some unpleasant memories for Aidan and he was reluctant to go back home at first, but there was no way he'd miss seeing them tie the knot.

I'm sorry I didn't write a Wed Briefs this week,  I just ran out of time.  BUT I do have a Silver Short that will be posted next week.

I also have the Easter Blog hop event this weekend.  I hope you all will drop by here.  I am giving away a prize.

In the meantime,  here are the links to my fellow writers who do have a story for you all to read today