Flash 31: Dressed to the nines 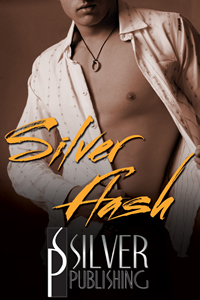 It's that time of the week again,  time to Flash.    I used to write about other couples but Ben and Tom seemed to get under my skin.  I am thinking of turning their situation into a full blown story.   I just wish I didn't have a severe writer's block,  it's frustrating me to no end!

Anyway I seem to be able to still do these short pieces so that's something.    Here are Ben and Tom and just a warning it gets HOT!

thanks for reading and commenting,  I love feedback.

Dressed to the Nines-by Lily Sawyer

This week's prompts:  “Which one do you like better?”   and  using the three words:  “Star, Speaker and candle.”
Every year the firefighters had a charity ball.  This year it was going to be held at the convention center in Philly.
Tom looked forward to this every year, but he knew his other half wasn’t crazy about being in large crowds, he said they made him uncomfortable.
That’s why it came as a complete surprise when he spotted Ben in the walk in closet.
“I thought you came out of the closet years ago?”  He joked; the tension that was oozing out of Ben’s pores filled the room.
“Oh, Tom, I need your help.”
Tom noticed several pieces of clothing strewn onto their bed as if the closet had practically thrown up all over it.
“What are you going on about?”
“This is all your fault,” Ben’s index finger poked his chest for added effect. “I’ve been wracking my brain all day trying to find a thing to wear.”
Tom didn’t know how long he stood there with his mouth hanging open, but Ben’s accusation sobered him up.
“So, which one do you like better?”  Ben showed him two outfits, one was a khaki pants with a green shirt and the other was black from head to toe.
“You can’t go wrong with basic black, sweetheart.”  It was time to defuse the situation so he wrapped his arms around Ben.
“The black will match my dress uniform.”
“Really?”  Ben dropped the clothes on the bed.
“Yeah, my dark blue uniform and your black sexy outfit, we’re a matched set.”
“You think I’m sexy?”  Ben had turned around in his arms and was now staring at Tom, Ben’s smoldering eyes dark passion-filled eyes made Tom’s cock twitch.
“What do think?”   Tom’s breath hitched when he felt Ben’s hand touching his crotch.
“I think we don’t have much time for any hanky panky.”   Ben’s smile faded just a wee bit when he glanced at the clock on the night stand next to the bed.
“There is always a little time for some hanky.”  Tom kissed the base of Ben’s neck.  The slightly shorter man squirmed in his embrace.  “And panky.”   His lips moved to capture Ben’s.   Suddenly time and space had no meaning and the two men fell back onto the pile of clothes on the bed.
“Mm,” Their clothes somehow fell off their bodies and onto the floor, the clean clothes were pushed off the bed by their squirming bodies.   A pair of hungry lips were attacking Tom; he knew if he didn’t hurry this was going to end in a less than satisfying way.   He reached out his hand and found the drawer where they kept the lube, after several years together they felt it was safe to ride bare back.    Ben extricated the tube from his hand and slicked Tom’s cock, crawled on top of him and seated himself on the large cock.
“Oh yeah, I’ve been wanting to slide down a fireman’s pole, it’s been too long.”
“Yeah, I remember it like it was yesterday,” Tom’s voice hitched as Ben bounced up and down on his cock.   “Oh wait it was yesterday.”   Tom remembered how Ben had cornered him in their kitchen and they made love on the top of the granite counter island.
“Shut up and make love to me.”  Ben increased his speed until Tom thought his cock was going to fall off.  Instead his balls pulled up and thought he let loose the dogs of war, or maybe love.  He couldn’t think anymore or wanted to try at this point.  All he knew was he was on top of a mountain and his lover was right there with him.  Ben collapsed on top of him.   Tom’s cock slowly pulled out of his lover.
After what felt like forever, Tom glanced over at their clock.  “We’d better get ready.”
“Just don’t forget we’ll be coming back here for some dessert.”
“Dessert?”  Tom’s brain still wasn’t functioning at full capacity; he was still coming down from that mountain.
“Yeah, round two.”
Tom smiled as he watched Ben slip into the black outfit and he took out his dress uniform and felt like the luckiest guy in the world.
TBC