There are some things in life that surprise you.   One of them is that I would be a published writer.   Sure I wrote stories in school but I never thought I'd actually be writing stories.   I am a Trekkie, started watching Star Trek since I was a kid.  I started reading the fan fiction and got hooked.   But I'd never been drawn to romance novels.  My mom used to read Harlequin Romance but it never drew me in.

It wasn't until I watched "Brokeback Mountain," that I not only became interested in romance stories but Gay romance stories.    I joined that fandom and it wasn't long until I was writing Brokeback Mountain stories in order to fix what I couldn't stand, namely the tragic ending of that movie.   I discovered that some of my fellow writers were creating original stories and having them published by E publishers.     It wasn't long before I, too, was writing my own stories.

Most of my stories are contemporary, but the story above "Catch of the Day"  was one that cried out to be told.   I love the water, I was brought up on Long Island and the idea of a merman got stuck in my head until I wrote a story about him. 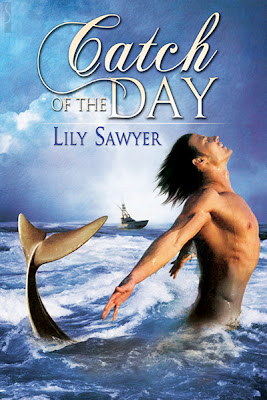 Kellan Murphy is a successful car dealer in Chicago, but he isn't happy with his life. He finds his job boring and wants a change. After the sudden death of his lover he decides to move someplace warm. He sees an ad for the Florida Keys in a magazine and packs everything and moves to the Keys.

Kellan starts his new life as a fisherman and tour guide. He has his own home and boat, but the one thing missing is someone to share his life with. On a rare day off he decides to go fishing and what he finds at the end of his fishing line changes his life forever.


Here is an excerpt:

The morning sun and the clear blue sky made it easy to forget the storm from the day before.
Kellan was sitting in his office; his phone was cradled between his cheek and shoulder.  He’d been spending most of the morning returning phone calls.
He’d been so busy he didn’t realize he’d forgotten to eat until a plate of scrambled eggs and a cup of coffee was placed in front of him, courtesy of Jaran.
Kellan covered the mouthpiece and whispered a ‘thank you’ to the merman.
“Looks like your business is doing pretty good,” Jaran sat on the couch against the wall and watched Kellan eat up.
“Mmm, you’re a damn good cook, for a merman that is.” Kellan took a sip of coffee and was surprised when Jaran moved to sit on the edge of the desk, his blue eyes affectionately watching him.
“I’ll have you know I was a pretty good chef before the merman thing happened.”
“Really, well how come you never opened a restaurant?”
“Oh it was on my ‘to do’ list.”
“Oh was it?” Kellan said as he took the last bite of egg and finished his coffee.
“What else is on that to do list?”
“Just this,” Jaran swiftly swiveled Kellan’s chair around to face him, sat in his lap, grabbed his head between his hands and kissed him.
“Mm, Jaran,” his hands cupped the merman’s face, their foreheads touching.
Jaran moved off Kellan’s lap and knelt on the floor in front of him. “Kellan…” he watched the other man nervously looking out the window.
“Did I do something wrong?”
“It’s not you, it’s me.”  Kellan chuckled.  “Damn, talk about being cliché”
Jaran watched the morning sun play against Kellan’s face, causing a strange mixture of light and shadow on the handsome features.
He sat quietly waiting for Kellan to explain himself.
“I’m scared,” the words were spoken so softly Jaran had to strain to hear them.
“Of what?” Jaran stroked Kellan’s thigh to encourage the other man to open up to him.
“Of this, of whatever it is we have going on between us.  I think I’m starting to fall for you, Jaran, and it scares me.”
Jaran took Kellan’s hand and held it, his thumb rubbing the warm skin.  “You are?” his blue eyes gazed into uncertain brown ones.
“I know we haven’t known each other that long, but I felt something for you when I saw you thrashing about in my tub.”
“Are you into guys with tails?”  He teased him but when he noticed Kellan’s face fall he squeezed his hand.   “Did something happen to turn you off to finding love?”
Buy Link

I'd like to say a big thank you to all my readers and friends who have supported me over the years.   Being a published author has been an amazing experience and I'm glad you have been along for the ride, which is far from finished 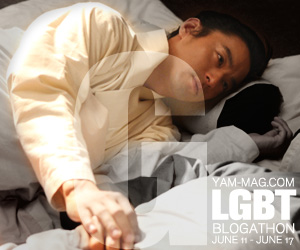